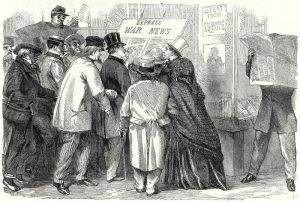 On May 18, 1864, U.S. troops marched into lower Manhattan and entered the offices of two key New York City newspapers. Soldiers leveled guns at staff members’ heads. They blocked the doors with bayonets. President Abraham Lincoln had ordered the arrest of the editors and the seizure of the newspapers. That particular May morning, the papers had run a presidential proclamation announcing a draft of 400,000 new soldiers. The problem: Lincoln had issued no such proclamation.

In the run-up to the 2020 election, American life is full of misinformation about everything from the security of mail-in voting to the causes of West Coast wildfires. Despite efforts to help citizens guard against “fake news,” curtailing misinformation remains a controversial and difficult task. But, while the platforms that help today’s untruths snowball and spread are often decidedly modern, the problem itself is nothing new. During the Civil War, Americans furiously sifted false from true during a time of extreme partisan divisions, even among those who agreed on the need to abolish slavery. They even had their own version of the Internet—the telegraph—which had exposed such stark partisan divisions in the country, its inventor Samuel Morse founded an organization to rebuild national unity. Looking at that time, it’s possible to identify key lessons for navigating this 2020 election season when accusations and false brags about the candidates abound. 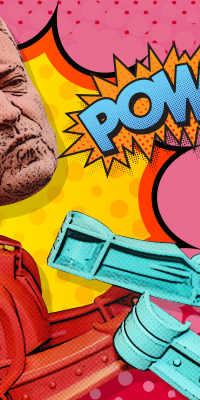 You learn a lot about the egos of politicians when a Dumpster explodes in New York City. The day after a pressure-cooker bomb in Chelsea on September 17 sent the city into a frenzy, Mayor Bill de Blasio called a noon press conference to update reporters on the investigation.

Cuomo popped up two hours earlier for his own press conference, flanked by MTA workers in fluorescent vests. The governor is savvy. The national Sunday shows would air him live. Cuomo labeled the act “terrorism” — de Blasio, advised by the police not to speak ahead of facts, had refrained from using the term — so he gained the headlines.

Clearly, Cuomo was sending the message that, as governor, he was in charge during a crisis, but was he also trying to send a message about the mayor? That de Blasio was sleeping in? Still at the gym? The mayor had been frequently knocked for his long commutes from Gracie Mansion on the Upper East Side to his YMCA in Park Slope, Brooklyn. Suggestions that he needs to knuckle down have emanated from the governor’s office.

The Genius of Cecile Richards 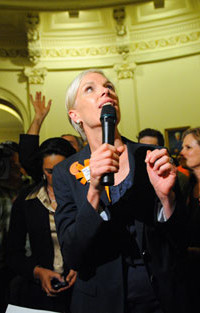 Planned Parenthood president Cecile Richards heard whispers that the Susan G. Komen foundation would stop funding Planned Parenthood’s breast cancer screenings from an anti-choice blog in early December. But she shrugged it off as the kind of bullying rumor that often circulates in her world. (Until Planned Parenthood, she says, “I had never worked with an organization where there were people that literally got up every day trying to figure out how to keep us from doing our work.”) Then the Komen foundation president called just before Christmas to say it was true. “It came as a total surprise,” says Richards, who requested a meeting with Komen’s board to revisit the matter but was denied.

It was only after an Associated Press reporter broke the story in late January that Richards let loose the deluge. “Disappointing news from a friend” was the subject line on Richards’s January 31 late afternoon e-mail to more than a million supporters. The first Facebook posting on the subject received 2,438 shares.

How exactly did Cecile Richards pull off this trick?

W: Revenge of the Bush Dynasty 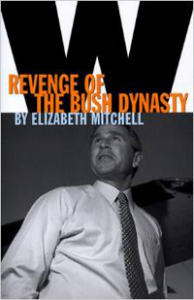 An icy drizzle dampened the spare crowd of onlookers as George W. Bush wended his way to the Capitol to take the oath of office on January 20, 2001. By the time the new chief executive sat in the viewing stand to watch the inaugural parade hours later, his only fellow celebrants seemed to be the family members and longtime friends seated nearby. Empty bleachers extended to either side. Maybe the day wasn’t as frigid as the inaugural that ultimately condemned William Henry Harrison to death by pneumonia, but by most measures it was bleak.

The raw weather could not take all the blame for drowning the party atmosphere. The real drain had been the bitter feelings left after thirty-six days of a contested presidential election, ultimately decided when the Supreme Court halted the recounting in Florida. In inaugural attendance, Bush’s day did come close to topping one record: police estimated that only Richard Nixon had more protesters, when he began his second term in 1973. Heavily bundled men and women greeted President George W. Bush along the route, holding up signs: “Hail to the Thief,” to signal their belief that Al Gore, Bush’s opponent, would have won not only the popular vote, but the electoral vote if a conservative Supreme Court had not intervened. “Lord Help Us,” another protest sign appealed, probably in reference to a widespread belief that a stupid, inexperienced man had ascended to the highest office in the land.

Eight months later to the day, George W. Bush delivered a speech before a joint session of Congress that was interrupted by wave after wave of wild applause. More than 80 million Americans tuned in on television to see him and apparently liked what he said. A poll conducted two days after the address placed his popularity at 90 percent, the highest approval rating for any president since such polls first were conducted in 1938. George W. Bush had become in eight months the most loved president in modern history.

That lightning change in public opinion would sound like a presidential fantasy, but of course such adulation was earned through the most tragic means. George W. Bush’s support arrived with the grisly deaths of 3,056 people on September 11, 2001.

Read what people are saying about the book » 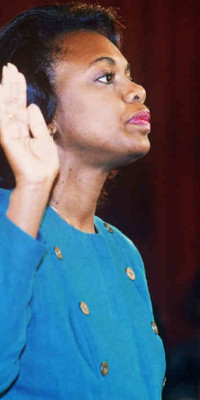 As a teenager in Oklahoma, Anita Hill showed uncanny prescience in choosing a hero for the life that awaited her: Barbara Jordan, the outspoken 38-year-old congresswoman who captivated the nation when she forcefully defended the constitution during Richard Nixon’s impeachment proceedings. “I was watching the Watergate hearings, and I thought, This is the bravest woman—and she’s from Texas? Next door to me? This black woman is out there, and she’s a star in these hearings. She’s sitting with all these guys, and she’s definitely not a shrinking violet.” The image worked for Hill, Suddenly, she could envision how “you could be in the kind of skin that I was in, maybe even come from the same background, and make an impact on the world.”

Eight years ago, a broken-hearted Andrew Card Jr. sat with James Baker in the Roosevelt Room of the White House, handing the keys over to Warren Christopher, Mark Gearan, and, later, John Podesta. “He just was flattened,” recalls Gearan. “He was a loyal Bush guy.” Today, as George W. Bush’s first appointee, Card finds himself talking with Podesta about taking the keys back — at least in some imaginary world where elections end.

The Election: Quack the Dog

The evening after the longest Election Night in American history, most of Al Gore’s top consultants, bedraggled and functioning on less sleep than surgical interns, entered the freight elevator of the Loew’s Hotel in Nashville, ground zero for the Gore campaign, to descend to their fleet of cars. They would soon be whisked to Senator Lieberman’s plane and then back to Washington, where they could at least worry about the future of the presidency amid the comforts of home. Just then, Bob Shrum, one of Gore’s key strategists, got a call on his cell phone. It was Clinton adviser Sidney Blumenthal, calling from the White House. Shrum listened for a moment before all the tension he’d held in a lockbox for some 36 hours of CNN and second-guessing finally exploded. “Goddamn it, we do have talking points!” Shrum shrieked, according to a witness. “We’ve put out talking points! You don’t know what you’re talking about, Sidney.”

The message coming from the White House was clear: You guys don’t have your act together.